Anachronism means out of time or order, something that could not have been there at that particular time. If you had a photograph of one of your grandparent's house when they were your age you would not expect to see a computer or DVD player would you? If you did you might think the photograph had been altered or was fake. The computer or the DVD player would be an anachronism.

Being able to spot anachronisms is important because it helps us test the reliability of a source. If a source seems unreliable then we probably shouldn't use it. We also need to know about anachronisms so that we don't include them when we write about history.

Test your understanding of anachronisms by having a look at the photograph of two Second World War soldiers below. Do you think it is real? What anachronisms can you spot?Photograph courtesy of The Dukes 1939-1945. 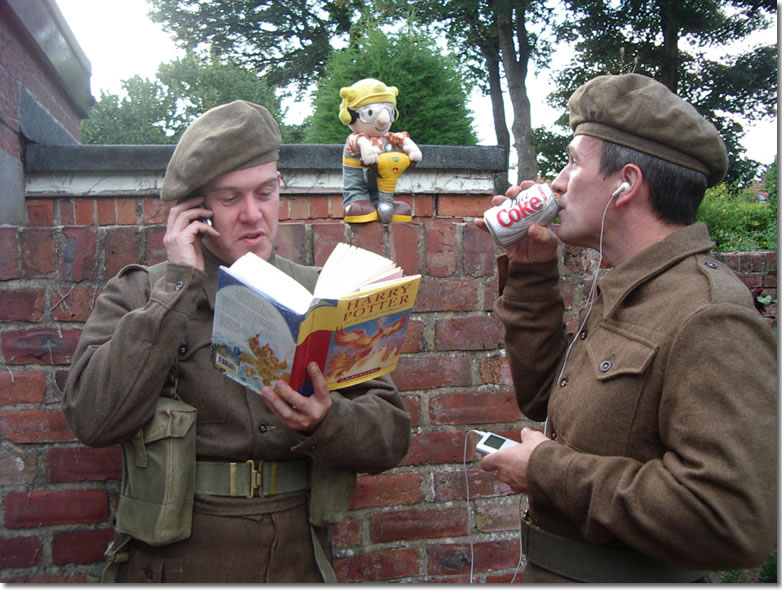 Most of those anachronisms were very easy to spot and you probably realised straight away that the photograph wasn't real. However, anachronisms can also appear in genuine historical documents. The image below is taken from a book called The Nuremberg Chronicle, an illustrated history of the world which was published in 1493. This woodcut shows Noah building the ark. Although it is obviously old, the image still contains a number of anachronisms. See how many you can spot.Extract from the Nuremberg Chronicle, properly known as Liber Cronicarum, 1493 (DUL ref: SR 2 B 4) 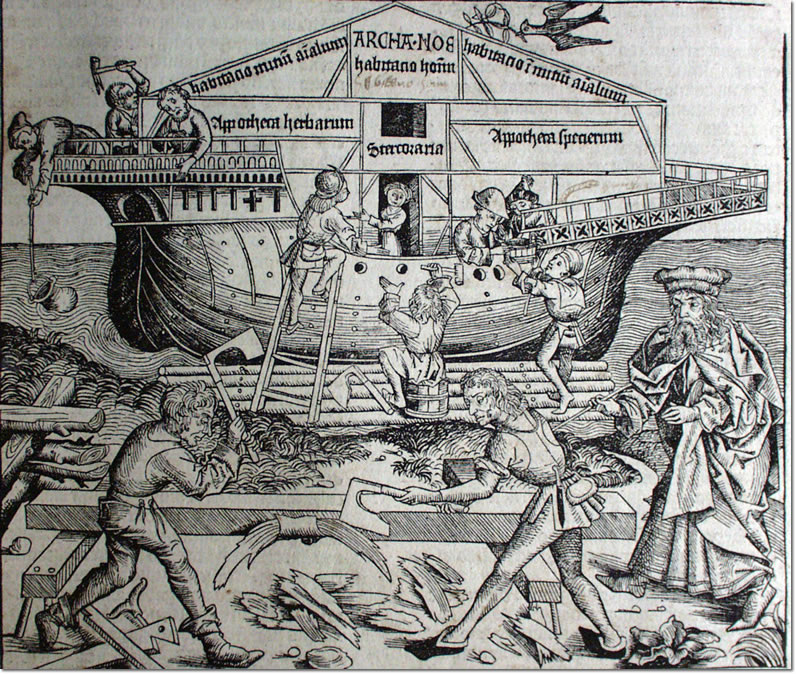